The Rubalcaba Surname in Aguascalientes 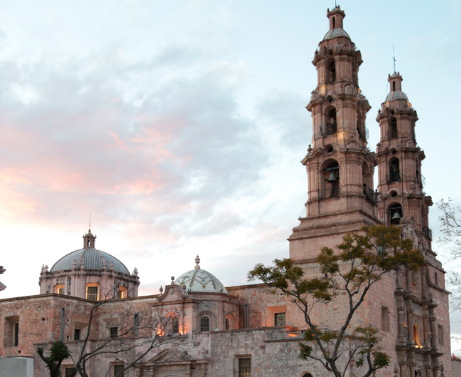 The surname Rubalcaba (also spelled Robalcava or Ruvalcaba) is known to have originated in the Mountains of Santander, with branches of the surname radiating from Medina de Cudeyo, Liérganes and Navajeda, three locations that are presently located in eastern Cantabria (northern Spain). Today, Cantabria is considered an autonomous area with Santander as its capital. It is bordered on the east by the Basque Autonomous Community, on the south by Castile and León (the provinces of León, Palencia and Burgos), on the west by Asturias and on the north by the Cantabrian Sea.

The area of Cantabria has experienced several rulers. In 409, the area became independent of the Roman Empire, only to be taken over by the Germanic Visigoths in 574. In 714, the Moors arrived, capturing Amaya, the Cantabrian capital. However, in 722, the Moors suffered a series of setbacks while trying to subdue the people in the Cantabrian Mountains. This period, in fact, marks the beginning of the Reconquista, which would end with the conquest of Granada in 1492.

Although the surname Rubalcaba appears to have originated in Santander, there is a widely-accepted theory that the name was derived from an Arabic term, “Rub al

Khali” which literally means “the empty quarter.”  It has been suggested that the name was introduced to the Iberian Peninsula during the Moorish conquest that took place in Eighth Century.  Although the Moors were soon to be evicted from northern Spain, some influences remained.

However, my friend and fellow researcher, Paola Ruvalcaba de Tamayo, has an explanation that has come down through her own family. Paola’s grandfather, Alejandro Ruvalcaba, was a well-known and highly respected professor in Aguascalientes.  At one point in his long career, Professor Alejandro did some research on his last name. He found that “Rubal” had evolved from the word Rubio (a fair-haired or blonde person) and that cava came from the Arab word, “to dig.” Having found out this information, Alejandro changed his name from Rubalcava to Ruvalcaba because, as Paola states:

Although Alejandro was proud of the uniqueness of his surname, he still decided to change it to the spelling that Paola’s family in Los Angeles continues to use to this day, Ruvalcaba.

The Rubalcaba’s Come to Nueva Galicia

The first known Rubalcava to arrive in the area of Nueva Galicia (Jalisco, Zacatecas and Aguascalientes) was Matheo González de Rubalcava, who was allegedly a native of Liérganes, Santander, born sometime around 1490.  His wife was Juana María Gonzalez, the daughter of the conquistador, Ruy Gonzalez. One of his sons was Capitán Alonso Gonzalez de Ruvalcaba, who eventually moved to Teocaltiche (located in present-day Jalisco, just south of the State of Aguascalientes and each of Nochistlán in Zacatecas) and is the ancestor of many Rubalcava’s in that area.

The surname Gonzalez de Rubalcava arrived in Teocaltiche in northern Jalisco in the second half of the Sixteenth Century, when Capitán Don Alonso Gonzalez de Rubalcava and his wife, Doña Beatriz Lopez de Fuenllana, arrived in the area.  As stated earlier, Alonso was the son of Matheo de Rubalcava and of Juana María Gonzalez.  Some sources have claimed that Alonso was born in Mexico City, but the researcher Mariano González-Leal believes that he was probably born in Heras, a small town 14 kilometers from Santander and just a short distance from Liérganes.

Capitán Alonso married Beatriz Lopez de Fuenllana, a native of Patzcuaro (in present-day Michoacán) and the daughter of “el conquistador,” Juan López de Baeza y Santaela and of Isabel Pérez de Fuenllana. Baeza had travelled with Nuño de Guzmán, in his path across Jalisco and Zacatecas in the early 1530s.

Among other things, Alonso Gonzalez de Rubalcava was a talented mason who played a major role in building the second Cathedral of Guadalajara between in the late 1560s, working at the direction of the master builder, Martin Casillas. Details about the life of Alonso de Rubalcava (or Robalcaba) have been discussed in the following article by Mariano González-Leal: “Alonso de Robalcaba: Estudio biográfico sobre uno de los grandes genearcas alteños,” published in the SHHAR Genealogical Journal, Volume 5 (2003), pp. 63-77.

In 1570, at the approximate age of 40 years, Alonso moved to Patzcuaro where he met and married Beatriz. Soon after, they moved to the Teocaltiche region where their offspring were born, raised and flourished.  The children of Alonso and Beatriz included:

Alonso’s son Matheo de Rubalcava and his wife Jerónima Morales had five children of their own, most of whom continued to live in Teocaltiche and raise their respective families there.  However, Mateo – as a widower – and one daughter, Maria, would eventually move on to Aguascalientes.

Although the main trunk of the Rubalcaba family resided in Teocaltiche, Santa María de los Lagos and Nochistlán (now in Zacatecas), some members of the Rubalcaba family eventually moved on to the large settlement of Aguascalientes.  In fact, on June 14, 1622, Mateo de Robalcaba, the widower of Jerónima (mentioned above), was married in the parish of Aguascalientes to Luisa de Ávila, who was also a widow, and the daughter of Alonso Ximénez and Catalina de Ayala. One of the witnesses to the marriage was Matheo’s sister, María.

Three years later, on October 9, 1625, Matheo and Gerónima’s 16-year-old daughter, Maria López, was married to Domingo de Rebollo, a widower and resident of Zacatecas at the time. However, by the time of the 1648 Aguascalientes Padron (Church Census or Register of Parishioners), the only known descendant of the Robalcaba’s registered was Juana Gonsales de Rubalcava, the daughter of Captain Fulgencio Gonzalez de Rubalcava (mentioned above) and Luisa de Rodas y Villegas of Santa Maria de Los Lagos. Juana was then the wife of Jasinto Losano (the son of Christoval Losano and Maria de Ysla), whom she had married on September 6, 1632 in Santa Maria de Los Lagos.

The Rubalcaba’s Spread Far and Wide

During the Seventeenth and Eighteenth Centuries, the descendants of Matheo González de Rubalcava carrying the surname Rubalcaba and its variant spellings (Robalcava, Rubalcava, Rubalcaba) multiplied and many of them lived in Aguascalientes and Calvillo (Aguascalientes); Yahualica, Villa Hidalgo, Lagos de Moreno and Teocaltiche (Jalisco); Leon and Guanajuato (Guanajuato); as well as other nearby areas.

It is likely that most – if not all – of the Robalcaba’s and Rubalcava’s living in these areas today are descended from the original Matheo who came to Mexico from Liérganes in Cantabria, España (Spain). For researchers who descend from this line and are curious about the family’s first two hundred years in Nueva Galicia, valuable information can be found for various branches of the family in the following works:

Rubalcaba’s are also known to have lived in some areas of Tamaulipas and Jalisco, and a fair amount of them have immigrated to Los Angeles, California and some parts of Texas. Some people with the surname also migrated to Peru during the colonial period. However, it is fairly certain that most – if not all – of the individuals carrying this surname probably came to the same region of Spain.

Hardy, Rose and Valdez, Dave. A Genealogical Look at the 1648 Padrón of Aguascalientes (2010).

Spain and Portugal for Visitors, “The Moorish Conquest,” Online: