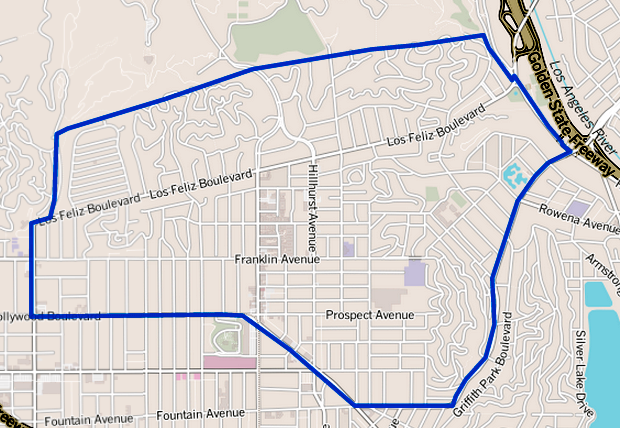 The raw materials of Spain’s settlement of California were Mexican soldiers.  These soldiers were men who left behind their parents and siblings in Sinaloa and Sonora to serve on the northern outskirts of Spain’s empire during the 1770s and 1780s. One family that contributed several soldiers to Spain’s colonial effort was the Féliz family of Álamos, Sonora.

Los Féliz is a district of Los Angeles that is adjacent to Hollywood and only about three miles north of Downtown L.A. It is the home of Griffith Park and the famous Griffith Observatory. The entire district was once part of the 6,647-acre Rancho Los Féliz Land Grant given to Jose Vicente Féliz in the late 1790s.

The first Féliz ancestor to arrive in California was Anastacio María Féliz, who was born in Álamos, Sonora, sometime around 1749 as the son of Juan Blas Féliz and Ana Geronima de Castro.  Anastacio’s cousin Vicente Féliz – a well-known character in the early history of El Pueblo de la Reina de Los Angeles – also came from Álamos to California.

It has been said that one Gerónimo Féliz – who was born around 1654 – came to Álamos from Sinaloa, probably around the time of one of Mexico’s richest silver strikes near the city in 1683. Gerónimo became a large landholder in the area and is a direct ancestor of both Vicente and Anastacio. Gerónimo was married to Isabela Romero and had several children, including the man who would become Captain Nicolas Féliz.

The Féliz family became well known in this part of Sonora and several researchers have accumulated information on the family from the parish records of Purísima Concepción Catholic Church. A little bit older than Anastacio, Vicente Féliz was born around 1741 as the son of José Féliz and María Manuela Esquer.

In March 1774, Anastacio María Féliz enlisted in the army and was initially stationed at the Tubac Presidio (Nogales) and later at the San Diego Presidio, where he was listed in a roll call of the soldiers there on January 1, 1780. During the 1770s and early 1780s, the one true certainty in the life of a Californian soldier was traveling. Frequently, soldiers had to be moved from one presidio to another to fulfill a security or training need. And Anastacio traveled a great deal during his first years in California. In 1781, Lieutenant Jose Francisco de Ortega brought Anastacio up to the San Gabriel Mission, where he assisted in training new recruits that had just arrived in Sonora.

The new recruits had arrived in preparation for the establishment of the new pueblo in what was soon to be called Los Angeles.  It was from this group that Anastacio found his wife, Maria Gertrudis Valenzuela, a fellow native of Álamos. Anastacio and Gertrudis were married on August 28, 1781 at the San Gabriel Mission. Soon after this, however, Anastacio was transferred up north to Monterey, where he was listed in a military inventory dated April 15, 1782. This inventory authorized the transfer of Anastacio back south to the Santa Barbara Presidio. Soon after, Anastacio and Gertrudis moved on to the recently established Santa Barbara Presidio, where their first born son, Juan José Anastacio Féliz, was born on May 28, 1783.

Vicente Feliz arrived in California around the same time as his relative Anastacio. In October 1775, Vicente Feliz and his wife, Maria Ygnacia Manuela Pinuela, took part in the Anza Expedition.  Unfortunately, Manuela died in childbirth (with her fifth child) during the journey and was buried at San Xavier del Bac Mission. The Anza Expedition reached San Gabriel in early 1776 and Vicente would spend the next few years as part of the mission guard at San Gabriel (which was part of the San Diego Presidio Contingent).

At War with Great Britain

During the revolutionary years, big events were taking place on the east coast of North America and Europe.  The European powers were engaged in war and thirteen small colonies along the Atlantic seaboard had declared independence from Spain’s traditional enemy, Great Britain. A strong ally of France, Spain entered the war against Britain in June 1779, essentially creating a second front in support of the English colonists in their battle for independence.

In recent decades, the British had been very successful at seizing control of Spanish and French colonies and ports in some parts of the world (such as England’s seizure of Gibraltar in 1713 and the conquest of Canada in 1763). In light of these events, all soldiers fighting under the flag of Spain were considered to be at war with Great Britain, regardless of their posting, and an attack by British forces on Spain’s California possessions was an ever-present threat.

In addition to protecting the presidio against a possible Indian attack or foreign invasion, the soldiers at the California presidios and missions had many duties, including: “to explore the interior country, catch horse thieves, care for the animals and fields of the King, create their own food supplies and carry the mail.” [Barbara Schneidau, “A Guide to Old Santa Barbara: The Spanish and Mexican Periods” (Santa Barbara, 1977), pp. 6-7.]

According to a roll call of the soldiers at the Royal Presidio of Santa Barbara on July 1, 1784, Anastacio Féliz was on duty at San Buenaventura Mission (which was attached to the presidio). Anastacio’s cousin, Vicente, was now adjusting to new responsibilities.

Guardian of the Pueblo

On August 18, 1781, Corporal Vicente Féliz was present at the San Gabriel Mission when eleven families of pobladores arrived from Sonora after a seven-month 960-mile journey from his native town of Álamos. Felipe de Neve, the Governor of Alta California, had ordered the establishment of the pueblo alongside the Porciúncula River (now the Los Angeles River), about eight miles southwest of the San Gabriel.

Vicente Féliz and three other soldiers were assigned to escort the pobladores to their new home when it was founded on September 4, 1781. Because of security concerns that had been expressed for the settlers, the contingent of four soldiers – under the command of José Vicente Féliz – was supposed to remain with the settlers for the first two years of the pueblo’s existence and then withdraw. Governor Pedro Fages had selected Vicente as the most capable of the four soldiers.

The Little Father of the Pueblo

Showing a talent for administrative duties, Féliz eventually became known as the “The Little Father of the Pueblo” and – in effect – might be considered the first police chief of Los Angeles. However, administrators sometimes antagonize their wards, and Vicente certainly had made a few enemies. In January 1785, less than four years after the pueblo was founded, four pobladores had complained about Vicente to his immediate supervisor, José de Zúñiga, Commander of the San Diego Presidio.

However, Vicente continued to earn the respect of many of his peers and continued to play his important role in the early history of Los Angeles. In fact, on January 13, 1787, Governor Pedro Fages appointed Féliz to the office of Comisionado de Los Angeles.  In essence, Vicente had become the city manager, the enforcer of laws, and the presiding judge. Vicente Féliz served in this position until 1794 when he retired from the army after 18 years of service.

By 1795, the small pueblo’s population had grown to 186 residents. For his service to the Pueblo, Vicente was given a land grant of 6,647 acres by Governor Pedro Fages a year or so later. Located in the present day region of Los Feliz and Griffith Park about three miles north of the center of the pueblo, the grant was called El Rancho Nuestra Señora de Refugio de Los Féliz (Our Lady of Refuge of the Féliz Family), but eventually became known simply as Los Féliz.

While Vicente served his tenure as Los Angeles’ top cop, his kinsman Anastacio Féliz had continued to serve in the military. In the censuses of 1785 and 1790, Anastacio Féliz and his family were tallied as members of the Santa Barbara Presidio’s community. As the California soldiers at the Santa Barbara Presidio grew old and retired from the military service, they were permitted to build adobe homes in the Plaza de Invalidos outside of the presidio grounds.  These residences would eventually form the nucleus of the town of Santa Barbara.

During the 1790s, many of the soldiers facing retirement would move to Los Angeles with their families. In a 1798 census, Anastacio Féliz was listed as an invalid soldier of the Santa Barbara Presidio living in the pueblo. He was listed with his wife in Los Angeles’ census of 1799 and 1804 as well. At some point, it appears that Anastacio and his wife moved onto the Los Feliz Rancho that Vicente owned. After more than a decade of living in the Los Angeles area, Anastacio María Féliz died at Rancho Los Féliz and was buried at San Gabriel on May 10, 1810. His wife, Gertrudis Valenzuela, died six years later.

Anastacio’s family continued to serve in the military. In 1807, his daughter, Maria Antonia Féliz, married Antonio María Valenzuela, who was – like her father – a presidio soldier. Maria Antonia and Antonio Maria’s daughter, Maria Gertrudis Valenzuela – bearing the same name as her grandmother (Anastacio’s wife) – also married a soldier of the Mexican Republic, Jose Dolores Olivas.  Since then, many descendants of this family have served in the military, first under the flag of Mexico and then of the United States.

The Fate of Los Féliz

The Los Féliz Rancho was eventually inherited by Vicente’s children. The Rancho was the scene of a famous murder in 1836 when Domingo Féliz was ambushed and stabbed to death by his wife’s lover. Eventually, María Ygnacia Féliz – a daughter-in-law of Vicente – inherited the rancho and soon after married Juan Diego Verdugo. At that point, Rancho Los Féliz passed into the hands of the Verdugo and Coronel families and was eventually purchased by Colonel Griffith Jenkins Griffith in 1882.